Predators such as skunks, bears, foxes, coyotes, raccoon and many more can harm and/or destroy your garden produce or even poultry especially during the night. There is a possible solution that has been developed, an intelligent solar powered deterrent device that will scare the hell out of these destructive predators at night. The PredatorGuard solar powered predator deterrent is designed to automatically turn on at night and turn off during the day. This device flashes red LED lights which at night appear as red frightening eyes which scares these predators and any other unwanted animals away from your keeping your garden or backyard safe.

The PredatorGuard solar powered predator deterrent employs a scientific phenomenon called neophobia which is an animal’s natural fear of unusual things in their various environments. Some animals and insects employ this phenomenon to scare away predators; eye-markings in some butterflies and moths distract and scare off predators. These eyes markings also serve to deflect attacks away from important body parts. The guard serves the same purpose in garden or yard to scare and deflect predators away.

The recent trend in backyard gardening is turning towards much use of environmental friendly measures in most of the gardening practices. PredatorGuard designed this predator deterrent to run on solar energy which will go a long way to improve the “health” of your garden and homestead as a whole, as opposed to other predator deterrent methods which make use of hazardous substances such as poisons. The PredatorGuard predator deterrent device uses LED lights made from high quality industrial standard components which require zero maintenance. The solar panel design is made to work even in snowy days. PowerGuard solar powered predator deterrent device comes with a three-year warranty; this is a guarantee of proper and effective working over a long period of time.

· Easy installation process. The device can be installed on a given surface with a magnet or a screw.

· Easy operation. The device automatically comes on and goes off.

· The predator deterrent device scares away a wide range of predators including human threats.

· The device has low running costs. 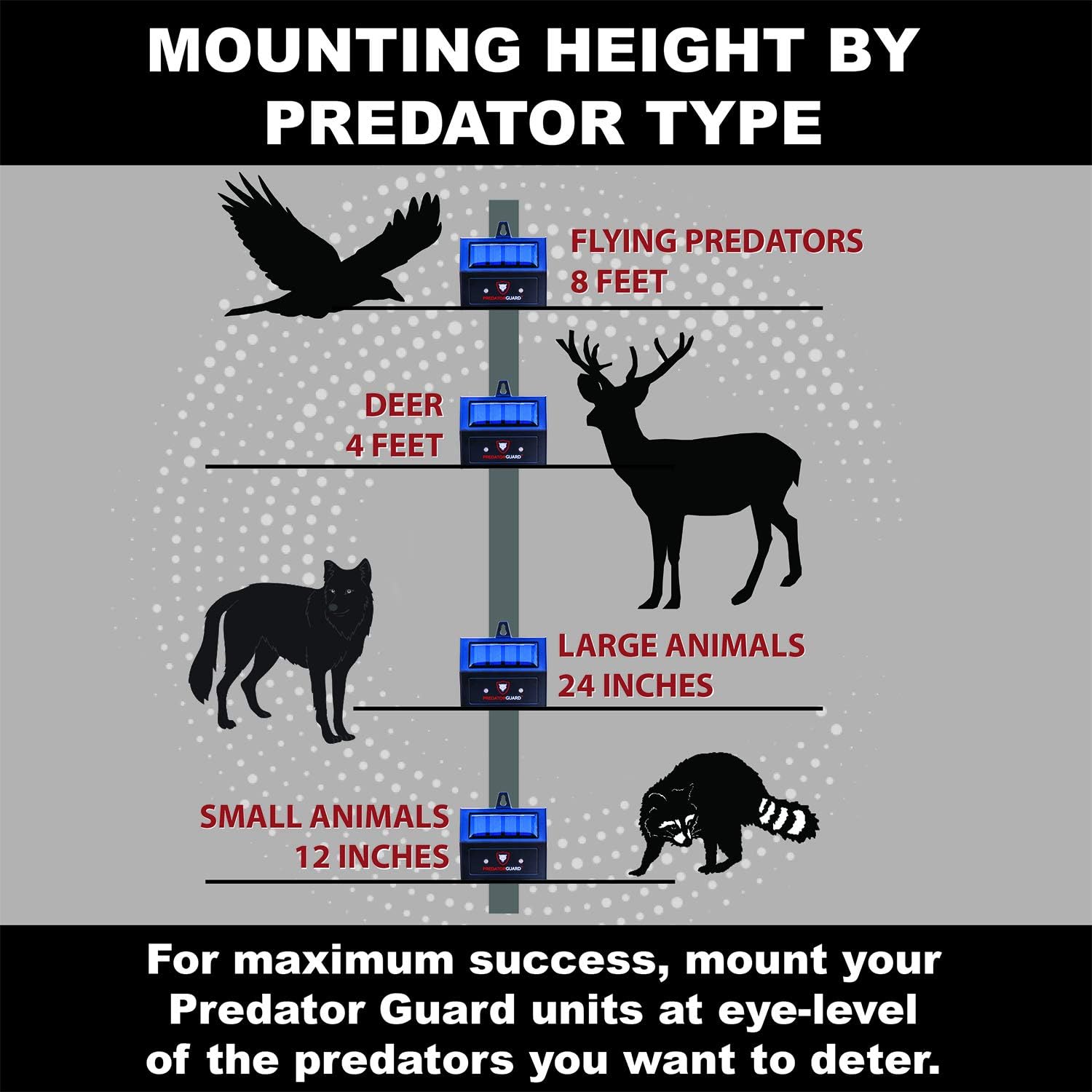 · Four devices need to be installed in larger areas for optimal performance since the predator deterrent is installed in only one position.

PredatorGuard solar powered predator deterrent is a very effective and stress free predator control measure compared to traditional predator control practices such as poisoning and traps. These traditional predator control methods were lethal and sometimes caused injury to the homestead owner especially when manually chasing these predators from his or her backyard or garden. This solar powered predator deterrent from PredatorGuard will spare you all the worries at night and with its effective results you are assured to have a peaceful night rest.

This site uses Akismet to reduce spam. Learn how your comment data is processed.

Keep Animals Out of Garden is a participant in the Amazon Services LLC Associates Program, an affiliate advertising program designed to provide a means for sites to earn advertising fees by advertising and linking to Amazon.com.
Iconic One Pro Theme | Powered by Wordpress